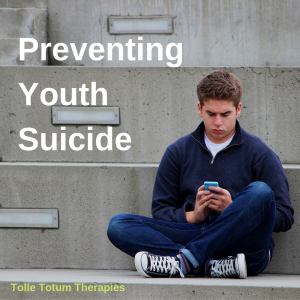 When I was a kid in the 70s and 80s, suicide or self-harming was pretty much unheard of. In fact statistics for child suicide under the age of 15 were never reported – because it didn’t happen. So why is it that suicide is the number one cause of death for our children today when it used to be car accidents and drug overdoses? And why have the rates been increasing every single year since the 1990s?

It’s easy to get lost in statistics. But think of the 3128 families who lost their child to suicide in 2017 and who will never see them grow up. Perhaps you know them, or know of them. Perhaps you are the parent.

So what has changed since the early 1990s?  Let’s take a closer look.

When I did VCE, computers and the internet were definitely in schools, but we didn’t have one at home so I typed all of my essays and assignments on a typewriter.  Today, students are using computers and devices regularly (for many it is a compulsory piece of equipment and students rarely even pick up a pen to write anymore…a blog post for another day!) and are exposed to high levels of electromagnetic radiation.  And for most they then go home and the exposure continues.  Did you know that governments around the world, most notably Germany, Austria and Russia, have expressed concerns about wireless technologies since the 1990s?  And the World Health Organisation in 2011 classified the frequencies used in wireless technologies as a “Group 2B ie possibly cancer causing in humans”. Wifi is a serious health issue.

Next we have artificial light.  Consider overhead lighting and that which emanates from mobile phones, iPads, laptops, TVs, etc.  Blue light messes with your brain in a major way.  If your teenager isn’t sleeping well, is anxious or depressed, you need to consider their amount of blue light exposure.  Why is this important?  Because blue light alters circadian rhythms by impairing melatonin production.  Worse still, melatonin is needed for dopamine production and dopamine is our ‘feel good’ hormone.  Those who are low in dopamine tend to struggle with low mood and depression and impaired resilience.

There is some fantastic information out there to support teens and their parents to firstly become aware of the hazards in our environment that impact on health, especially mental health, and secondly to make positive change.  The work of Naturopath and Building Biologist Nicole Bijslma is a great place to start. She offers extensive information for free on her website.

So what else can you do?  Plenty.

Start by limiting screen time and get outdoors in the sun – this is for EVERYONE, not just your teenage kids.  Better yet, watch the sunrise and the sunset.  Why?  Because we now know that exposure to natural sun light – especially at dawn and dusk – has a profound impact on melatonin (and hence dopamine) production.  If you want to nerd out on this stuff like I do, follow the work of Dr Jack Kruse (warning: he is intense and making sense of some of his work hurts my brain…BUT his message is powerful). Here is a recent podcast you can listen to with Cyndi O’Meara (leading Australian nutritionist), Carren Smith and Kim Morrison.

Turn off your wifi at night – you don’t need it.  Switch your phones off and leave them in the kitchen while you sleep.

Switch off the bright overhead lights in your home at night.  Use low lighting (a salt lamp is ideal) and limit screen time, especially at least an hour before bed.

Eat well.  Eat real food.  We need those nutrient cofactors for hormone and neurotransmitter production.  Eat together as a family and spend quality time together.

Encourage your teenager to be social, to actively follow their passions and engage with others.  Let them find their tribe of folks who lift them up.

I have been touched by suicide, both within my own family, my circle of friends and as a teacher.

I am passionate about adolescent health and making a real difference in the lives of children. I’ve said it before and I will say it again – ALL aspects of health need to be addressed in order to stop youth suicide. This means treating the whole person (Tolle Totum) and considering nutrition, lifestyle and environment.

There is hope for a better future for our young people.

Herb, supplement and product orders can be collected from the clinic on Tuesday, Wednesday and Friday by arrangement.