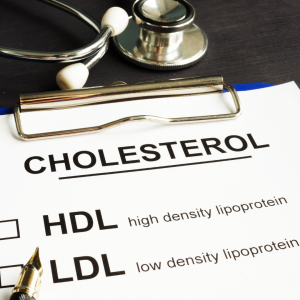 But is cholesterol really as bad as we have been led to believe?

A quick stroll down memory lane.

Have you heard of a guy called Ancell Keys? He is the reason for the great cholesterol myth based on some very sketchy science around 60 years ago (he essentially cherry picked the countries to include to support his hypothesis and left out the ones that didn’t).  If you don’t know the history and you want to geek out, you will find a stack of information freely available on the internet and some great scientific papers that have blown his theory out of the water, many times over.

And yet, the great cholesterol myth persists today. Why? Because it is highly profitable. If you go and do a deep dive into the past you will see that the sugar and processed food industry were also invested in supporting Ancell Key’s hypothesis.

I came across this great quote by Dr Malcolm Kendrick recently:

“The cholesterol hypothesis can be likened to a cathedral built on a bog. Rather than admit they made a horrible mistake and let it sink, the builders decide to try and keep the cathedral afloat at all costs. Each time a crack appeared, a new buttress was built. Then further buttresses were built to support the original buttresses.”

I think this sums up how I feel about cholesterol perfectly.

Cholesterol in the body.

Cholesterol is essential for health. Most of your cholesterol is actually synthesized in the liver, with dietary cholesterol having less of an impact on overall blood levels.

Here are some of its key roles in your body:

Hopefully you can now see how important cholesterol is for your physical and mental health.

Total cholesterol has traditionally been linked to heart disease, however even leading cardiologists are now disputing this correlation. In fact, inflammation of blood vessels caused by numerous factors including poor gut health, infection, chemical exposure, alcohol and franken-foods (to name just a few) are now thought to be the most likely drivers, NOT cholesterol.

What causes total cholesterol to be high? The number one (and two) cause is early-stage insulin resistance and fatty liver disease.

Good and bad? I don’t think so.  Both processes are essential for health.

Triglycerides measures the fat floating around in your blood, so the obvious goal here is to not have too much of it. But again, did you know that poor bile flow and gall bladder function, as well as blood glucose issues and early-stage fatty liver can also drive the numbers up?

So how should you interpret a high cholesterol test result?

Your body is inflamed. If you have an autoimmune disease, down-regulating autoantibody production and inflammation from all contributing factors will bring your cholesterol down, without the need for medication.

What statin medications do. 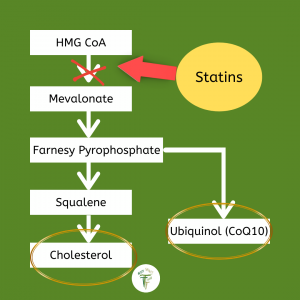 Statins inhibit an enzyme called HMG CoA reductase, preventing the biosynthesis of cholesterol in the body. However, in doing so they also impair the body’s production of ubiquinol, commonly known as CoQ10.

CoQ10 is a master antioxidant and an essential component of energy metabolism, which is why so many people experience side effects when taking statin medication. These can include significant fatigue, muscle fatigue and soreness and cognitive issues.  Also remember the key actions of cholesterol noted above – these will also be impaired.

How to reduce cholesterol, naturally.

Here are my top tips:

Do you have high cholesterol and want to avoid medication? Do you have an autoimmune or inflammatory disease that is not well controlled? Are you ready to change your life and get your mojo back?

I highly recommend looking at the work of Cyndi O’Meara, who has researched and presented multiple papers and written about it extensively in her book Lab to Table.

Denise Berry is a Naturopath and Nutrigenomics nerd who specialises in autoimmune and inflammatory disease. She is a passionate advocate for educating, empowering and transforming women with autoimmune disease and has helped hundreds of people improve their health and wellbeing.