I am seeing more and more women with endometriosis in clinic. Statistically it is thought to affect 1 in 10 women, however many of those women remain undiagnosed (read my blog on living with an invisible illness here).

Diagnosis can be challenging. Firstly, because doctors don’t always understand the degree of pain that women experience. Sadly I see many of my patients dismissed from the doctor’s office, leaving them feeling deflated, misunderstood and unheard. A diagnosis can only be made by a gynaecologist via laparoscopy, so if these words resonate with you, please persist with your GP (or find another one who will listen to you) and get a referral.

Historically, the condition was never recognised until fairly recently, and it is now thought that women diagnosed with ‘hysteria’ may have actually had endometriosis due to their chronic unexplained pain. Treatment at the time was confinement to a dark room until the hysteria passed. I’m pleased to report there is a lot more that can be done to support women with endometriosis today!

So what is it?

Endometriosis is a condition involving the abnormal growth of uterine endothelial tissue outside of the uterus. For many women this abnormal tissue growth occurs in other areas of the pelvic cavity such as the ovary, rectum, outside the uterus and bladder, but it is possible for it to occur in other areas of the body. I have read of women with tissue growth in the brain and have seen women in clinic with it outside of the pelvic cavity that has resulted in referred pain into their back and shoulders.

Stage 1 is minimal tissue growth, stage 2 is mild, stage 3 moderate and stage 4 is severe, where the endometrial tissue has become fibrotic and fused to organs such as the ovary.

What are the symptoms?

The main symptom of endometriosis is PAIN. The site of pain can vary and so can the timing – it is not always associated with period onset. 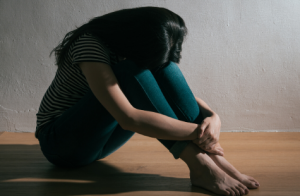 Did you know that 70% of teens reporting chronic pelvic pain will eventually go on to be diagnosed with endometriosis?

Sadly, there hasn’t been much research into endometriosis, so less is known about it compared to other conditions. However, with the fantastic work of scientists and Naturopaths such as Leah Hechtman, more and more is being discovered, with some really exciting research coming out in the last few years.

Historically, there were three theories regarding the cause of endometriosis. These are:

I believe that all three theories play a role, but it does not complete the entire picture. For example, high levels of oestrogen are common, but there are many women with high oestrogen who don’t have endometriosis. There is definitely more to the story.

More recent evidence from clinical research suggests a significant immune involvement, which makes sense to me because we know that endometriosis is a whole body inflammatory disorder. Some researchers have theorised that it may be an autoimmune disease, however to date no specific antibodies have been identified. What we do know is that there is a notable immune derangement resulting in systemic inflammation.

Furthermore, 80% of women with endometriosis also have symptoms of irritable bowel syndrome (IBS). Having had the opportunity to use functional gut testing with my endometriosis patients has enabled us to identify specific bacteria and triggers and understand the impact gut integrity and function, as well as the microbiota, are having on overall health. There are numerous strains of pathogenic bacteria that produce lipopolysaccharides (LPS) that are known to create massive amounts of inflammation, so addressing this is certainly a key component of treatment.

Addressing and correcting the gut-immune interface is key in treating women with endometriosis.

If you have endometriosis, or you suspect you do, there are so many more options available to you today in terms of treatment. Standard medical care usually involves contraceptives and medication for pain, then a dilation and curette (D&C), followed by a recommendation for a full hysterectomy. These should all be a last resort in my opinion. As we learn more and more about the underlying drivers and pathophysiology of this condition, it increases the specificity and success of natural treatment options available to you.

If you want to explore other options, I’d love to work with you.

The role of B lymphocytes in endometriosis: a systematic review.

The role of bacteria, LPS and immune dysfunction in endometriosis.